Let me tell you a little about the last couple of weeks in my world.

All of these take a pretty big effort to pull off. Orientation meant eight hours’ driving total, and lots of information flooding at me. The Eagle project required multiple meetings, runs to Home Depot, and general support even before the first spade hit the sod to begin his project. Graduation parties mean multiple guests coming, which means the carpets finally have to be cleaned, and the house too, ahead of the big day. I’m not a big Dolly fan, but my wife is, so I make the time to do this, which is important to her.

It always seems to me that the paradox of my life is that the times when I need him most, when things are running full-steam and barely under control, or even (shudder) out of control, those are the times I don’t make enough of a priority of being with Christ. Intellectually I know I have to; it’s just the press of the now-now-now that means I don’t make it the priority it needs to be. It takes a high degree of intentionality to stay focused on being in communion with Christ when all around me is swirling, and I confess, I don’t do that as well as I should. There’s a gap between what I know I should do, and what I actually do. 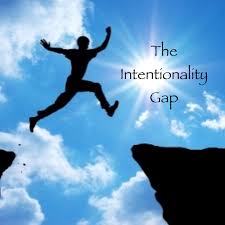 I’m somewhat pleased to report, though, that in the midst of this past push of madness, I was able to do an 11-day Bible reading and reflection program. Of course, I did it in only three days: I’d forget about it for a few days then push to catch up, then fall behind again and have to cover several days at once. But I did do it, which is progress for me. I also re-started reading Matthew again, which I haven’t done in awhile, and trying a new discipline of reading it before even getting up in the morning.

It takes a tremendous amount of effort sometimes just to keep going. And to add something to the list–even something as essential as working on my relationship with God–often feels either one thing too much, to be honest, or slips my frazzled brain entirely. It’s not ideal, I know. But it’s real, and it’s where I’m truly at sometimes. I like to think those are the times my forgiveness is all the more precious.

When Jesus returned to Capernaum, a Roman officer came and pleaded with him, “Lord, my young servant lies in bed, paralyzed and in terrible pain.” Jesus said, “I will come and heal him.”

But the officer said, “Lord, I am not worthy to have you come into my home. Just say the word from where you are, and my servant will be healed. I know this because I am under the authority of my superior officers, and I have authority over my soldiers. I only need to say, ‘Go,’ and they go, or ‘Come,’ and they come. And if I say to my slaves, ‘Do this,’ they do it.”

When Jesus heard this, he was amazed. Turning to those who were following him, he said, “I tell you the truth, I haven’t seen faith like this in all Israel!” (Matthew 8:5-10)

This passage always used to puzzle me a little. Is Jesus saying that faith is blind obedience? Is Jesus saying that a hierarchical, military-style leadership is what the Kingdom of God is all about? I don’t think so. Jesus is teaching about life in the Kingdom, yes, and obedience, but it’s not the kind we’re thinking of. Jesus knows that the Kingdom has a hierarchy–God is on his throne, angels are there too (and even angels have hierarchies–see Daniel 10, how one angel needed to call on a superior one in a battle), but we’re neither God nor angels–we are distinct and, yes, lower creations. And it’s when we start to imagine ourselves as bigger than we really are, that we start to commit the sin of pride that Satan did before his fall.

There is a way things work. The Roman officer knew it. He knew his place: he knew he could command others, but equally, he knew he was subject to the commands of those above him. And he understood authority. If the superior officer says something will be done, then he and his men made it happen. Similarly, this soldier knew that if Jesus were to give the word, his servant would be healed even from afar, because he respected the authority of Jesus to get things done, and he knew angels and the forces of heaven would move to bring about Jesus’ will. That’s the reason Jesus is so thrilled: Here’s a guy who gets it!

If we’re honest with ourselves, there’s something about this that rankles us. We come from a 21st century Western mindset, born of the Enlightenment, that holds that we’re all special and empowered. We have democracies, for pity’s sake, we don’t have kingdoms anymore! Unless you live in Saudi Arabia, Brunei, Oman, Qatar, or Swaziland, you have no idea what it’s like to live in a true kingdom. Don’t like your leaders? Vote ’em out!

The Kingdom of God doesn’t work that way. We have one true King, and we are all subjects of his authority. Yes, it feels alien to us, with our representative republics and, at least as Americans, our history of overthrowing kings. But it doesn’t make it any less true. If anything, it makes it a little but harder for the 21st century American to take to his knees before the King.